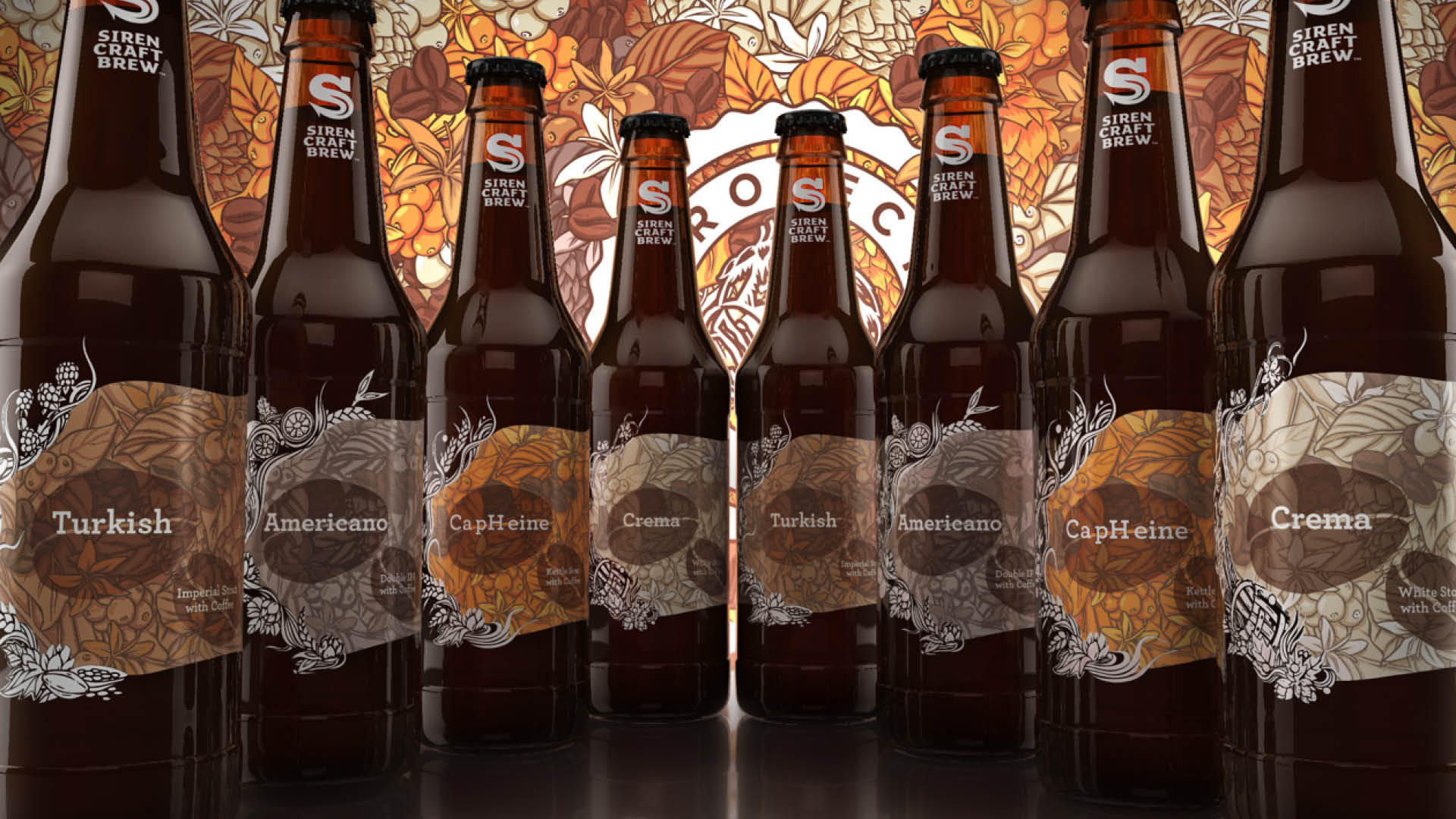 Craft beer innovators Siren Craft Brew have launched of a quartet of new beers that showcase the amazing diversity, intensity and personality of the humble coffee bean.

Under the banner ‘Project Barista’, Siren are releasing ‘Turkish’, ‘Crema’, ‘Americano and ‘CapHeine’ on Saturday June 24th on draft at six sites across Britain and in bottles online at Honest Brew.

Turkish (10% ABV) is inspired by the country’s robust coffee traditionally served with a piece of rock candy. 45kg of Thai coffee beans, roasted by Reading’s Tamp Culture coffee, are added at three different intervals of the brew. The brew also includes the addition of vanilla and orange zest in the spinbot, orange zest and nutmeg in the whirlpool and an incredible 420kg of figs to the fermented beer! The result is lovely smooth spicy notes, a nice citrus sweetness and a sound body.

Americano (9.1% ABV) is a Coffee Double IPA which uses a debut method designed to preserve the delicate nature of this natural coffee’s high end berry notes. Quarter Horse Coffee in Birmingham brewed a strong hot coffee using 17 kg of natural Ethiopian coffee which was added to the beer directly before packaging. Americano is packed full of Citra, Columbus, Cascade, Chinook hops, and Mosaic Cryo Powder, to the tune of 21 grams per litre.

Crema (4.9% ABV) is a German Whiskey Barrel Aged Coffee White Stout which builds on two of Siren’s other aged beers: Black Light Banana and Bourbon Coffee Broken Dream. Siren steeped Tamp Culture’s coffee in a fermenter at both 21C and 0C to accentuate the low notes of the coffee, whiskey, wood, vanilla. They then took 25kg of German Whiskey Aged Coffee and added vanilla and cocoa nibs to create a beer that pushes the spirit character you get from ageing the green beans in barrels.

For CapHeine (6.2% ABV) Siren paired with artisan coffee roaster Climpson and Sons in London to deliver a unique kettle sour beer. The most nuanced coffee beer of the four, CapHeine’s biscuit, bready malt notes utilise hibiscus and raspberries along with a floral and fruity Kenyan coffee bean to create a cacophony of flavour. There’s redcurrant, cranberry, plum, red fruit notes and some light hibiscus florals. Mosaic, Palisade and Bravo hops are added during kettling and as a small dry hop addition. There’s hibiscus in the boil and 120kg of Raspberries added to the fermentation.

Siren Craft Brew remain one of the UK’s best kept brewing secrets. They have just been included in Ratebeer’s prestigious ‘Top 100 Brewers in the World’ for the 3rd year running and have undergone recent expansion at their home in Finchampstead, Berkshire.