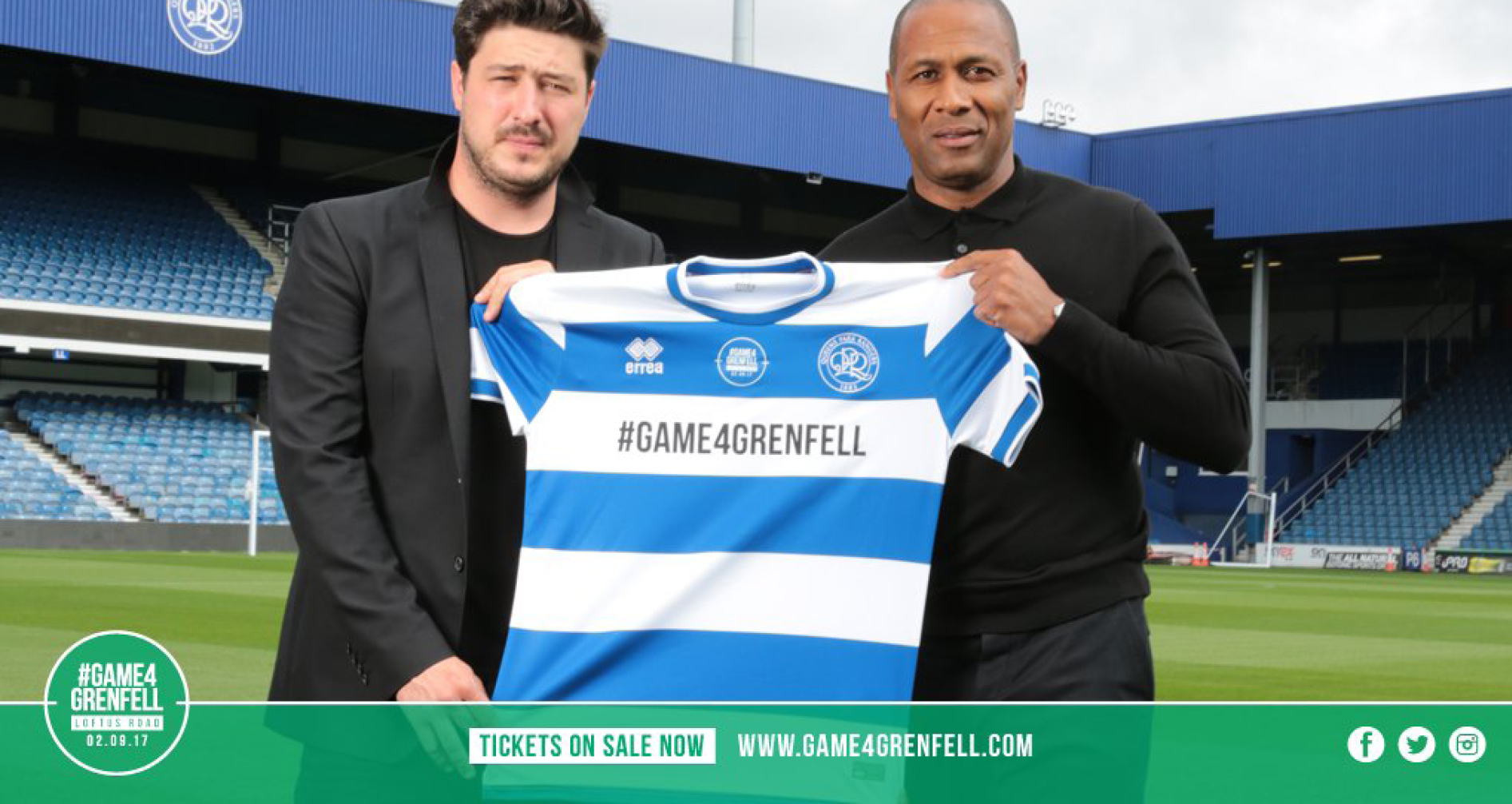 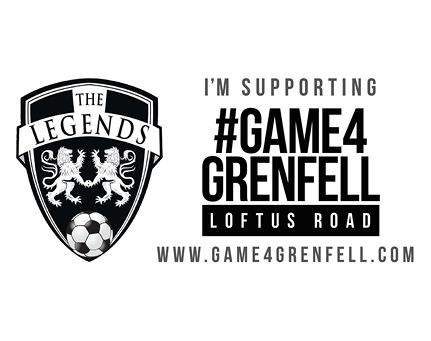 The Legends producing #game4grenfell with QPR

The Legends, able to count on over a decade producing televised football events, are working with QPR in creating a unique match designed to provide financial and community support for those affected so tragically by the Grenfell Tower fire on June 14th.

Two teams consisting of ex-professionals and celebrities from the world of acting, music, TV and entertainment, as well as a few special guests, will play a 90-minute match in W12, just one mile away from the North Kensington tower-block.

Marcus Mumford, lead singer of the Mumford & Sons, will play an active role in the Trust’s work in the Grenfell area. He said:

“I’m very excited to be part of the summer’s worth of football for kids affected by Grenfell and in the wider North Kensington community. I’m also really looking forward to dusting off my boots, nutmegging Ferdinand and smashing some goals past Seaman on September 2nd.”

“In The Bobby Robson match up at Newcastle, Help For Heroes at Reading and matches for The Bobby Moore Foundation, The Legends have a proud history in delivering football/entertainment events which generate money for important causes. It’s difficult to think of a group currently more important than the community so adversely affected by July’s disaster. It’s an over-used word, but it really is an honour for The Legends to be given an opportunity to make a contribution to Grenfell’s healing process. We’ll do everything we can to ensure that, tonally, the game honours those lost while evidencing west London’s solidarity with and support of those facing the challenge of rebuilding their lives.”

Over two thousand complimentary tickets will be issued to those directly affected by the tragedy, including families, the emergency services, volunteers, local residents and all those who played their part in the recovery efforts in North Kensington. Monies raised from tickets sales and other fundraising initiatives around the event will go directly through the London Community Foundation into the Evening Standard Dispossessed Fund, distributing funds to survivors and the wider community affected by the fire.

Tickets for a #Game4Grenfell are on sale now, priced just £10 adults and £5 concessions. To buy, click HERE. https://www.eticketing.co.uk/qpr/details/event.aspx?itemref=6866